Identifying and correcting potential soil acidity problems is a priority in any successful crop production program. Low soil pH can severely reduce plant growth, and correcting soil acidity problems may have the highest priority. For much of the Great Plains, soil acidity has not historically been much of a concern since soil pH values were originally higher than in areas further east. Over the past several decades, however, change has occurred in certain important hard red winter wheat areas. In the 1970s and 1980s, extreme soil acidity developed in parts of southern Kansas and northern Oklahoma, and drastic yield reductions occurred consequentially. Soil acidity was generally thought to be of no real concern in this area, and soil pH was not adequately monitored. More recently, low soil pH values have become more common in other areas of the Great Plains, including a few western areas of the region.

The application of nitrogen fertilizers, along with decomposition of soil organic matter and plant residues, results in residual soil acidity. When ammonium N is converted to nitrate N by soil microbes, the formation of residual soil acidity results. Anhydrous ammonia has been blamed for much of this soil acidity, but all N fertilizers, including urea, ammonium nitrate, and UAN solution, result in the same amount of residual acidity at equivalent N application rates. Ammonium sulfate is more residually acidic per pound of N applied than other conventional N sources. Also, as long-term, no-till systems continue to be adopted, monitoring soil pH in the surface two to three inches will become more and more critical, even in western Great Plains areas previously thought to have only “high pH” soils, since the residual acidity of broadcast N applications accumulates in the surface one to three inches of long-term, no-till systems. 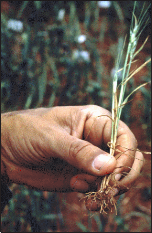 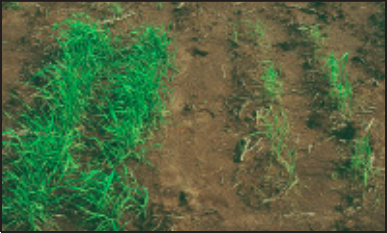