Farmers in the southern Great Plains sow over 13 million acres of wheat on an annual basis, and much of this crop is grown in the dual-purpose wheat production system. In this system wheat is typically sown in early September, grazed by cattle from mid-October until early March (Figure 6.1), and harvested for grain in early June. While wheat grain yields are frequently lower for dual-purpose wheat than for grain-only production, the majority of wheat producers still prefer the dual-purpose system as it provides a second source of income and spreads risk.

The dual-purpose wheat management system requires different management than a grain-only system. This system works in the southern Great Plains because most farmers are experienced with livestock production, temperatures commonly favor wheat growth well into the winter months, and there are relatively few snow-covered or ice-covered days. In this chapter, we will discuss some of the unique management strategies that apply to dual-purpose wheat production. 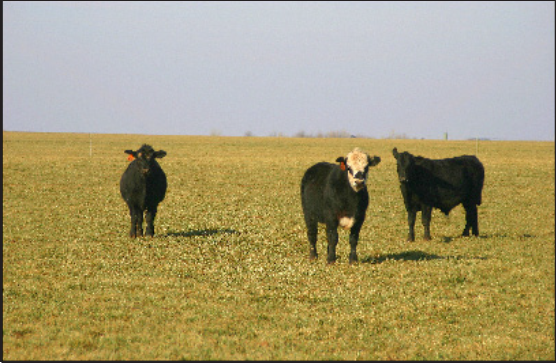