Wheat Production and Pest Management in the Great Plains

Wheat is the major crop grown in the Great Plains. In 2006 there were 40.6 million acres planted to winter wheat in the United States, and 62 percent of that total, 25.2 million acres, was planted in the six state region of the Great Plains represented by Colorado, Kansas, Nebraska, Oklahoma, Texas, and Wyoming (Figure 1.1). The value of the wheat harvested in the six states was $2.4 billion of the total $5.4 billion nationwide. Wheat is a significant part of total crop production in the region, and production in the region is a significant part of total production nationwide (Figure 1.2). 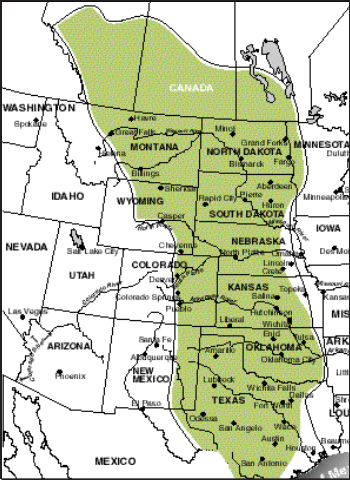 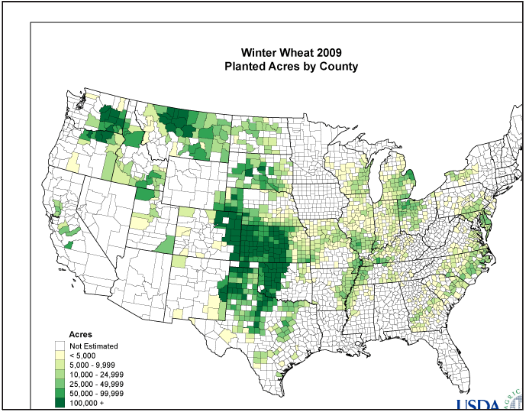 Wheat is especially important for dryland crop production in the Great Plains where low and variable precipitation levels make production of less drought tolerant crops challenging. Wheat is commonly grown in a wheat-fallow rotation in the semiarid High Plains, while continuous wheat predominates the higher precipitation areas to the east. These “wheat only” cropping systems are effective in producing an acceptable amount of grain while limiting the risk of crop failure. However, there are drawbacks associated with wheat only production, including suboptimal soil moisture and land use efficiencies, high soil erosion, and costs associated with controlling pests such as the Russian wheat aphid (Diuraphis noxia), greenbug (Schizaphis graminum), winter annual grasses, and some diseases.

Conservation tillage systems, especially no-till, have contributed to a trend toward more intensive and diversified cropping in Great Plains dryland production. Crops including corn, grain sorghum, sunflowers, proso millet, cotton, soybean, canola, and other alternative species are incorporated into diversified rotations. The crops involved have varied based on geographic location within the Great Plains and, more specifically, on climate and soils. Wheat producers have found crop diversification, in the form of more complex and intensive crop rotations, to be an effective way to increase profits, lower risk, and reduce pest losses. Diversified crop rotations can reduce annual yield variability and allow for more effective pest management, especially in the case of weedy winter annual grasses, which are a persistent problem in wheat only production systems. These are two incentives for producers to consider the option of moving away from “wheat only” cropping systems. All other factors being equal, reducing yield variability over time and making pest management more effective and less costly will lead to greater profitability. 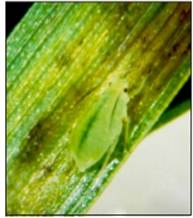 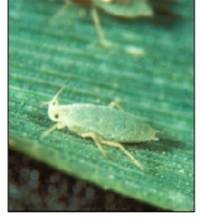 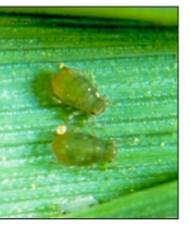